The Effect of Colonization on First Nations 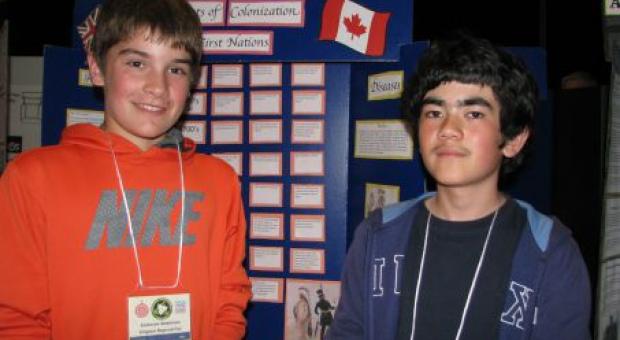 This project focuses on the effects of the colonization of North America by Europeans on First Nations. It presents the main influences of Europeans and the impact of colonization on the current state of Canada.

What is the significance of the effects of European colonization on First Nations in the context of the history of Canada?

First Nations were the first inhabitants of Canada. The European newcomers destroyed their way of life. They harmed the environment by hunting and killing the entire population of bison, thus depleting the main food source for First Nations. First Nations have lost approximately 98% of their land and were forced to live in isolated reserves. More importantly, they lost their identity. They were portrayed as "savages" and their lifestyle became illegal. Their children were sent to residential schools where they were forcibly converted to Christianity and often abused. Their ceremonies were forbidden and they had no political voice. Many First Nations people died due to European diseases such as smallpox. European colonization destroyed their way of life and caused anger and resentment that still exists today.

How do these past events affect us today?

The impact of Indian treaties and residential schools continue to affect First Nations today. By studying the impact  Canadians can better understand the related events that are often covered in the news today. These events are often the result of the suffering and abuse suffered by First Nations by the hands of the European settlers. Groups and organizations representing First Nations constantly negotiate with the Canadian Government to preserve their culture and protect their rights.

Adam, Brett and Cameron won the gold medal for grade seven. Cameron and Adam are shown in the project picture.