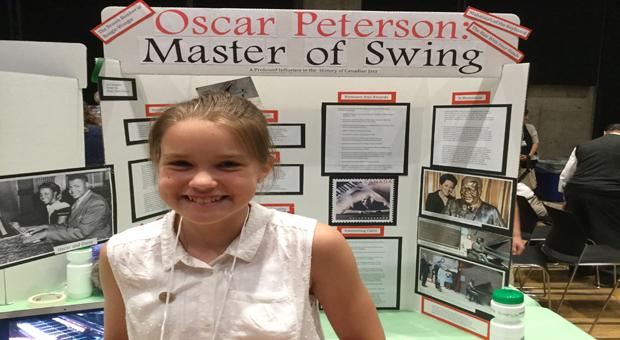 Oscar Peterson is Canada's most celebrated jazz pianist. He is thought of by many as one of the greatest pianists in the history of jazz. As a student of both piano and saxophone, I decided to research the life of this famous Canadian in order to understand his contributions to the history of Canadian jazz. Peterson was born on August 15, 1925 in Montreal, Quebec. He won a CBC radio show competition at age fourteen, and then started his professional career. He went on to record over two hundred albums throughout his life. He became known for his incredible speed and dazzling style, for which he earned nicknames like "The Master of Swing", "The Brown Bomber of Boogie-Woogie", and "The Man With Four Hands". Peterson has said he felt his greatest accomplishment was his trio with Ray Brown on bass, and Herb Ellis on guitar (and then later Ed Thigpen on drums). Peterson was honoured throughout his career with many, many awards. He performed and recorded throughout North America and Europe.

Ava was the winner of the Gold Medal for Grade Six. She was chosen to represent Kingston at the Ontario Provincial Fair in Toronto.