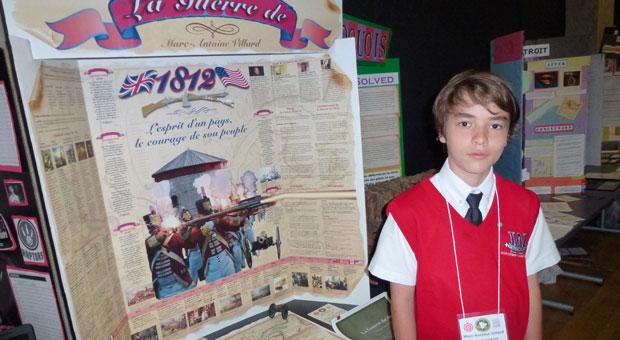 On June 18, 1812, the President of the United States, James Madison, declared war on Britain, which was already engaged in a battle against Napoleon and France.

Many battles of the War were fought in the British colonies in what is now Canada. The war lasted three years. Both sides had heavy losses, In the battles won by the British, the American invaders were repelled by British garrisons, Canadian militia and First Nation warriors. These proud and brave people fought and won victories despite the fact the Americans outnumbered them.

On December 24, 1814, diplomats from the two countries met in Ghent in the Kingdom of the Netherlands (now Belgium) to sign the Treaty of Ghent.

Fighting against the Americans helped Canadians develop national pride. Canada celebrates the courage of the heroes of this war during this bicentennial year.