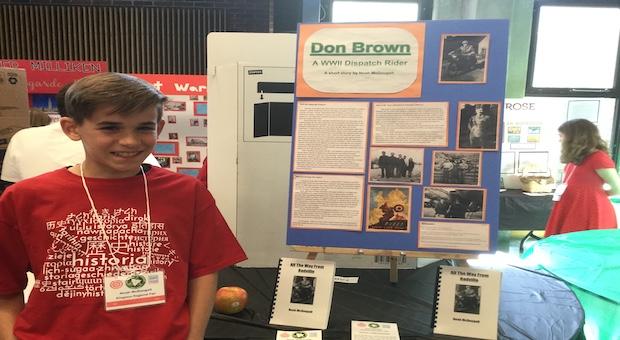 For heritage fair, I wrote a creative writing story that tells the adventures of a World War Two veteran dispatch rider named Don Brown. The story is about Don and being a dispatch rider and how hard the war was for people, and also how hard it was on their family. It also will touch on people not being able to grasp the terrible tragedy of war, and how Don will slowly be able to recognize how bad war is. The story also will show how much training there was to be in the Royal Canadian Air Force and how training maybe far away from home. Don also will go to D-day plus three, and his missions will be very dangerous with high risk of being injured or killed. Don’s story is based on a true story, and I interviewed his daughter for maximum accuracy.