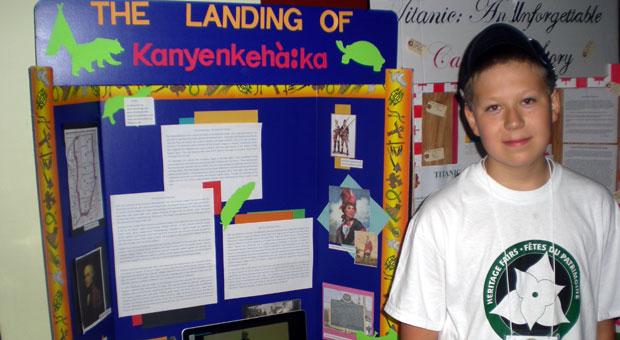 The Landing of the Mohawks

My video looks at how the Mohawks of Tyendinaga arrived in the area that they are currently in today. It also discusses why they came to Tyendinaga instead of other areas.

The most interesting thing that I learned about my topic was that the Mohawk people chose to come to Tyendinaga and not the Grand River Settlement area.

I learned the history of the Tyendinaga Mohawk people, and where they originally resided in. I also learned a little bit about the American Revolution and what it did to the Mohawk people.

I would compare the Mohawk people living today having a 'rich' way of life, in new and different places today. Also the language and the culture that was almost completely lost is now starting to be regained.