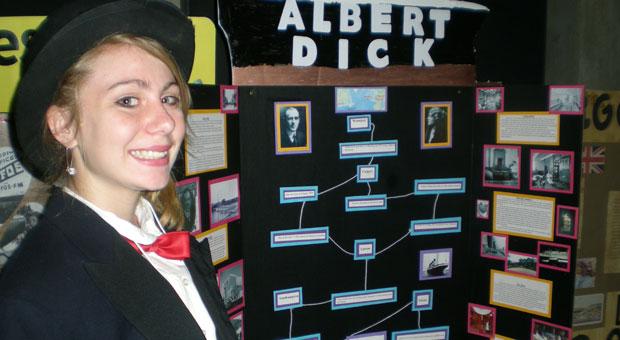 My project is about Albert Dick who is a very controversial man who started great businesses all over Calgary. He was rich and loved by all, until he set sail on the Titanic and survived. He then became one of the most shunned and hated men in all of Canada.

The important lessons that I have learned that I want to share with other Canadians, is that there are so many great people out there, who have had a major role in history which most people haven’t even heard of. They have had such a giant impact and are so interesting. Their stories need to be discovered and shared with all because they are truly a giant part of our Canadian Heritage.

How I would compare my life today to the life or Albert Dick is very simple.  If this happened to me now I wouldn't be shunned out of a community. I would be embraced and welcomed right back in. I also would say that my life is a lot more forgiving. If people were mad at me for something serious it would not last for the rest of my life; it would eventually die off. Then finally I would compare my life to his with saying that if anyone worked that many jobs today, or had that many businesses, they would have no life and would be really truly rich!